‘Battle of the Beast’ 2014 is the next jaw dropping event to be brought to you by Colchester Events Ltd and after much anticipation REGISTRATION IS NOW LIVE!!!!

This event is suitable for all abilities to try out and test their current performance levels, with the WOD’s being inclusive enough for all to be involved yet challenging enough to find out who the fittest 100 competitors will be, come 12th October……!!!

Throughout August three online qualifier WOD’s will be released for athletes to attempt and see how high they can get on the leaderboard, each qualifier also has a £200 prize for the top male & female athletes too! So even if you don’t make the finals you are still in for a chance of winning a cash prize and taking part in this awesome event with your fellow CrossFitters. 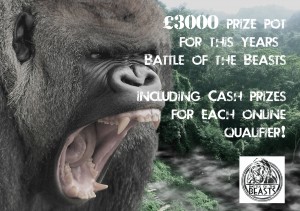 The 50 overall highest placing men and women will be invited to the ‘Battle of the Beasts’ finals which will be held on 12th October 2014 at Charter Hall in Colchester, the same place as the epic ‘Battle of the Boxes 2014’ which can be seen here: https://www.youtube.com/watch?v=IG267CthVEU

There’s going to be plenty of retailers present at the finals and some delicious Paleo food being served during the day so family and friends can come along, get your shop on and spend the day supporting athletes and enjoying the atmosphere where we will find the UK’s fittest Male & Female CrossFit athletes!

Welcome to the jungle!!! 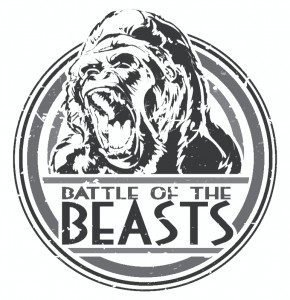