Where do we start with this roof raising event…….

On the 12th May 2013 CrossFit Colchester hosted their first “Battle of the Boxes” CrossFit competition to find out who was officially the “Fittest Box in East Anglia”
The competition started in true CrossFit style with none of the teams knowing what they would be doing until the morning of the event upon arrival…….

Our box had the pleasure of competing alongside some very highly skilled and experienced teams: CrossFit CM2, CrossFit Norwich and Cambridge Stags & Does. Each team comprised of five talented people, three men and two women, none of which could have been prepared for what they were about to go through!

The first WOD certainly didn’t ease them into the competition, having to complete 50 Deadlifts, 50 pull ups and 50 hand stand push up’s whilst on the minute every minute completing a 15ft rope climb! This disgustingly testing WOD set the pace for the day; all the athletes stepped up and gave it everything they had. With only a hand full of people making it to the end of the first WOD inside the 12minute time cap, it made it a close start between all four boxes. 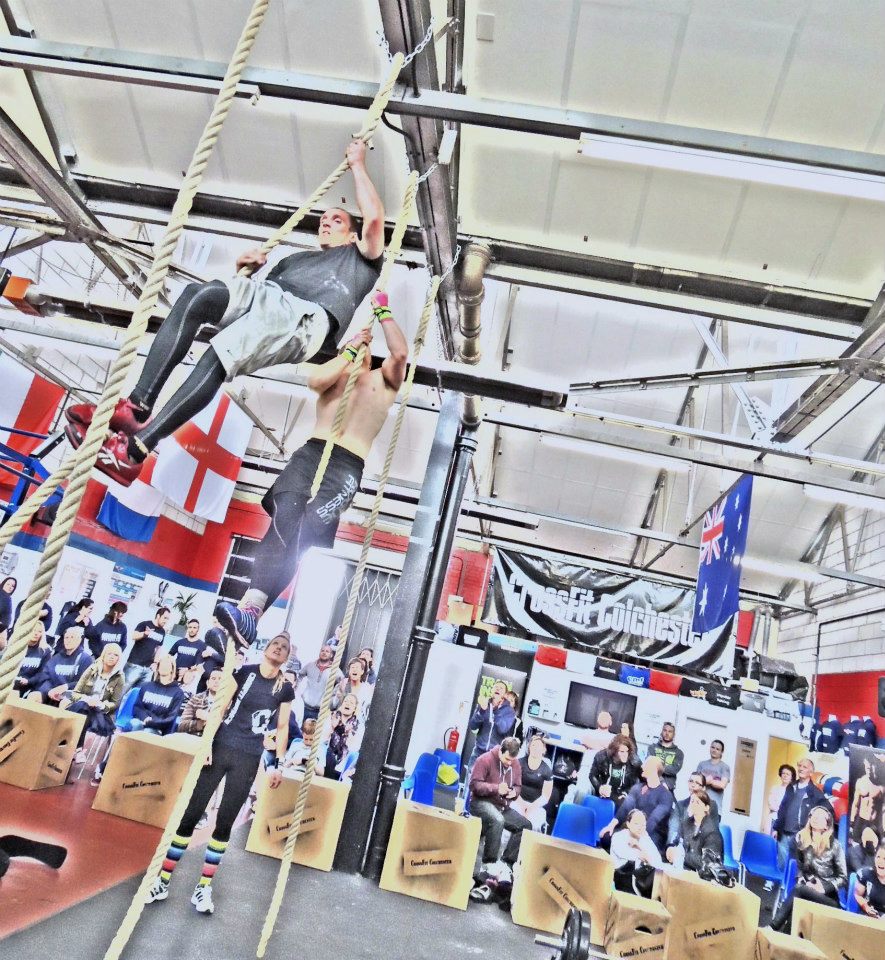 WOD 2 was no easier, although only 6minutes long the teams had to think smart. The athletes could choose their own weight to perform max power output of GTOH in the first three minutes, then bar jumping burpees for the remaining 3mins. Did they go light to complete more reps or did they go heavy in hope this would give them a better overall score?? Each individual took a different tactic and you could clearly see the ones to watch, with some outstanding performances being delivered again from all sides.
This brought us up to lunch time, giving the athletes a well deserved rest and a chance to refuel. The spectators were left in suspense while the scores were being collected and calculated to see where the teams were at the midpoint of the competition. The support from everyone was incredible, people travelling from all over to come and cheer on all the teams involved, the support stayed loud and proud throughout the whole day!
Only 2 workouts remained to see who takes the title of “Fittest box in East Anglia” along with the fittest male and female athletes too.

The athletes gathered round and the spectators fell silent to hear what the next workout would be. One of fitness’s most technical movements….. the snatch had finally made an appearance along with the dreaded toes to bar! This workout was performed as a 21-15-9 with a 400m run after completing each set. There was mixed feelings in the air as some athletes knew they would struggle while others quietly confident! No matter who was there to support which team everyone wanted each athlete to succeed and make it to the end in one piece, the crowd got behind the final few and willed them to make that final toe to bar, we even saw a diving finish by Norwich’s David Smith as athletes had to touch their bar to finish! 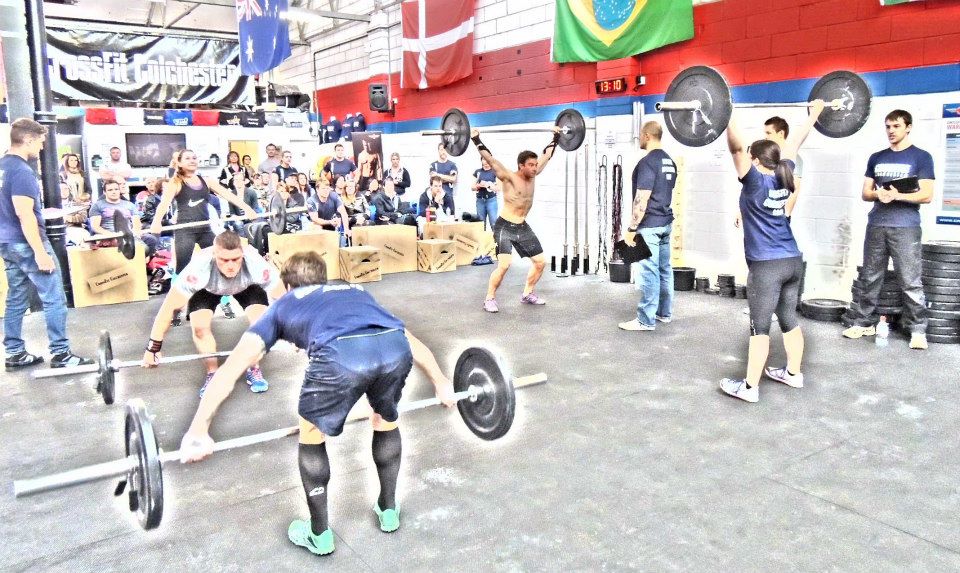 This then brought us to the grand Finale! A true team workout like none before done today, working well together and supporting each other would make all the difference in this WOD for the chance to score them last points for your team and to stand a chance of taking first place. In a relay format of 200m row, 50m sled push and 20 kettle bell swings- two rounds per person per team. As everyone made their way outside the teams talked of tactics and strategies, at this point in the day everyone was simply exhausted and had to gather up their last strands of energy and determination to face the next challenge, it was a simple case of who wanted it most. Two teams went at a time and it was a close call as to who would become champions this day…

After such an exciting day no one could wait to hear the results and see how their team had done, but as the scores were read out there was an unexpected turn of events….. There was a tie between the top two males and so a last minute deciding WOD was comprised for the two athletes to go head to head in their last attempt to gain victory and represent their box on their own….. this saw our very own CrossFit Colchester athlete Darren Hotten go up against CrossFit CM2 legend Scott Jenkins. 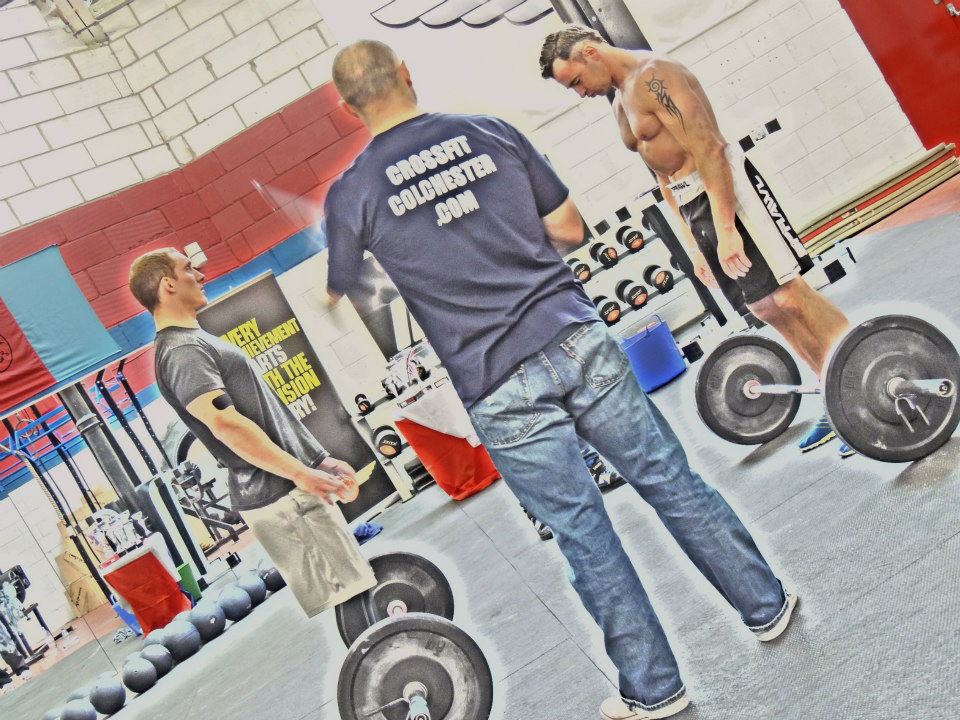 This WOD was extremely close but saw Darren take victory in this final hurdle, much to the delight of the home crowd, this also meant the main prize/title of “Fittest Box in East Anglia” went to the home team “CrossFit Colchester” who also women the fittest female with a trojan effort all day from Lucy Fryer giving them a clean sweep of the trophies! 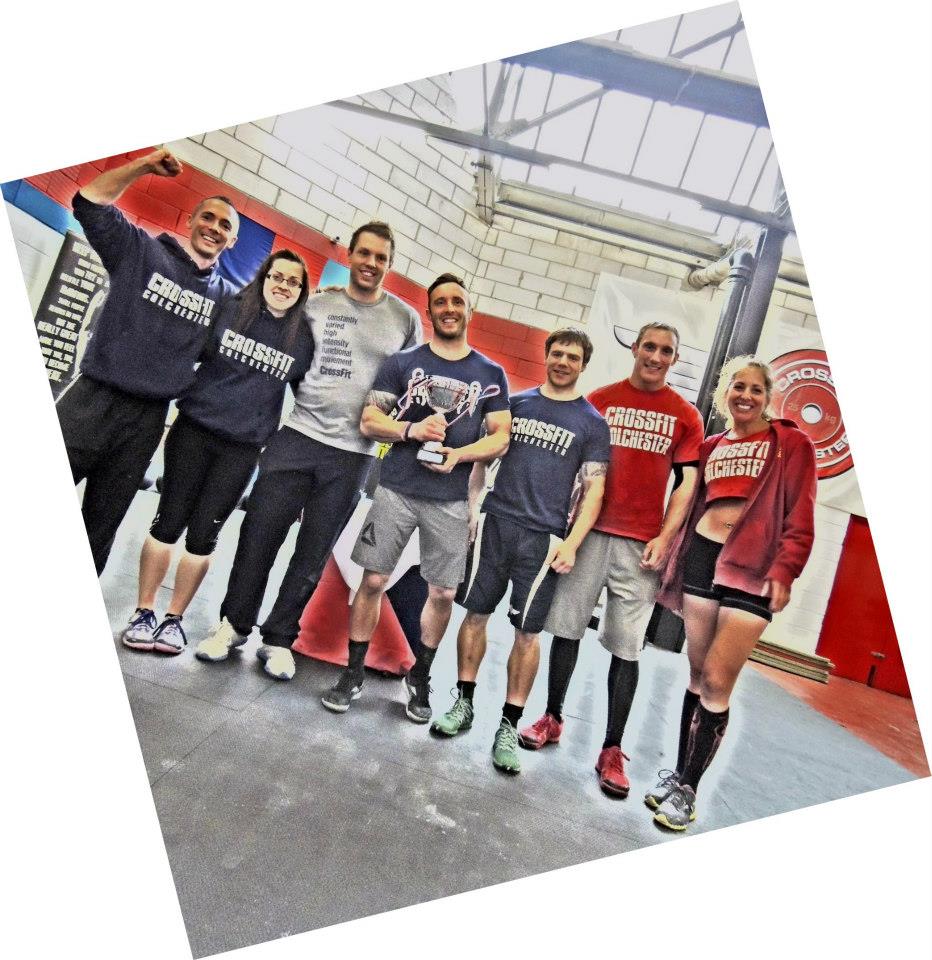 For some people who competed it was their first ever competition while for others they had done so many they had lost count but some things were consistent for all taking part, they gave it EVERYTHING they had , they had fun going head to head and fort right to the end making sure every rep counted in true CrossFit style, EVERYONE had done their box proud!!!

Another great example of just how incredible our CrossFit community really is, bring on 2014!!!