After doing CrossFit for almost 3 years now I have only ever participated in a few small competitions one within our box (CrossFit Colchester) Girls v Boys and a mixed sex pairs one (Battle of the Gods 2014) which had no qualifiers and was something fun to do with my husband with no pressure or expectations. But just recently I have found myself dabbling with the idea of competing; I compare myself to others at the box when I hear what their ‘Fran’ time is or how many reps they got on an amrap, I will automatically think, could I beat it? But then I realize I have been secretly competing the whole time, whether it’s with myself by trying to beat old times and scores or with other members in a class. If the girl next to me adds another pair of 2.5kg’s to her bar, then so am I! And I suspect that everyone does this in one way or another. 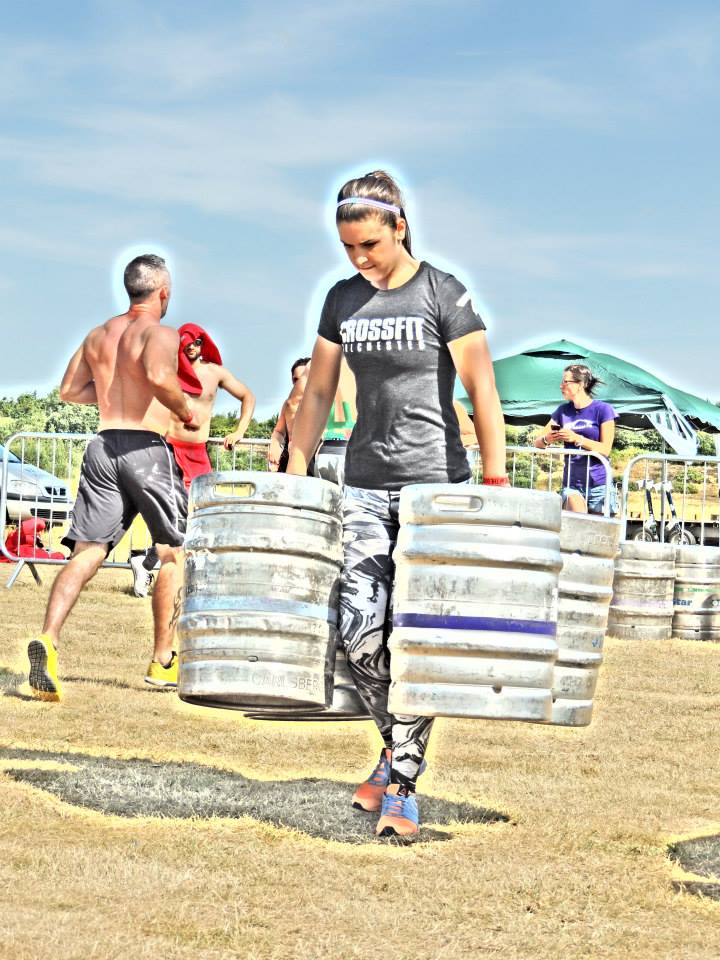 This year I did the CrossFit open, it was the scaled option mind you but it was still a massive step for me to know I would be on a leader board that everyone could see. In the first WOD there was a 1 Rep Max Clean & Jerk and I PB’d! Over the next four weeks there were wod’s which I wasn’t so good at and others where I surprised myself and did far better than I expected. But the main thing was I enjoyed taking part, although I may have been nervous as hell before every attempt I was always glad I did it. I enjoyed meeting the other girls to take on the wod together and discussing different tactics beforehand.
Next month I have the opportunity to take part in another in house competition where I will be up against 9 other girls at our box (as well as 10 male places), I know most of them will be just as nervous as I am but I really hope all the girls (and guys) that have qualified do take their place and join me because where better to experience your first taste of competition than in an environment where your rivals are also your friends.