Get Fit. Have Fun. Become Part of a Community.
Follow us

In August 2015 I was diagnosed with a rare strand of Lymphoma cancer. Shocked was an understatement. I was a healthy, 29 year old with no symptoms to signal I was unwell. Unfortunately I was self employed, working with young children, and had to close my business down as I was technically unfit to provide care under the eyes of organisational policies and legislation.

So what was I to do with my days now? I would Crossfit!

I was already a regular attendee of classes, having been a member of Crossfit Colchester since January 2014, but now the classes gave me a purpose to my day. They were my social, they were my interaction, they were my outlet, they were my freedom.
Quickly my health deteriorated. After 4 cycles of chemotherapy the drugs were starting to take their toll on my body. I had become weaker, slower, and my hair was falling out. But every day I would Crossfit. Every day the coaches would re-program the wods for me so that I can still participate, so that I could still be included, so that I was still part of the team.

Those were some dark months. My treatment plan was unknown, the doctors were at a blank what to do with me and I had a tumour growing bigger every day. I remember days when I would turn up at the box and just cry. That wasn’t the job of the coaches to comfort or counsel me. But they did. They did because they cared. They did because we have a community. They did because we are all friends.

Like sunshine breaking through dark clouds, I was offered a new clinical drug and The Royal Marsden hospital in London. I have had a 100% metabolic response to the new drug. It shrunk my tumour and the last scan results show I have no active cancer cells! As quickly as the dark cloud of cancer descended on me, it has left me. My journey is over and now I am rebuilding my life.

Did Crossfit cure my cancer? No. But it played a massive part in my mindset and rehab. I have had some of the biggest PB’s in this last 9 months, hitting a 115kg deadlift, 105kg squat, 40kg snatch and 57.5kg clean and jerk. Crossfit made my body stronger, Crossfit made my body stand up and fight for more than just my lifts, it made me fight for my life. Every day I came to the box was another day of preparing my body and making my engine efficient to flush out this nasty disease that unfortunately effects so many people.

I am now 7 weeks post operation. I am back doing wods and the coaches have been superb in tweaking my workouts to accommodate my movement restrictions. It fells great to be back under a bar, it feels amazing to be back with my friends, and it feels awesome to be part of Crossfit Colchester! 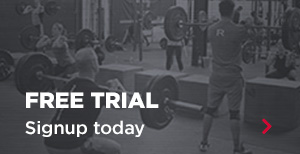